Heart of Dakota Little Hearts for His Glory Week 1

We decided to start J-jo’s new work last week.  He LOVES Little Hearts for His Glory (LHFHG) so far.

Each day is separated into boxed categories.  I am such a visual person.  I love those boxes.

History:
We’ve read a couple pages each day from History for Little Pilgrims.  The selections are very short and then some days you read a Bible story that ties in with the history in Little Pilgrims.  J-jo asks lots of questions and the text has led to interesting discussions with him.  Bear is allowed to listen in but is not permitted to say anything during the reading or discussion time, as this is meant to be J-jo’s special time. 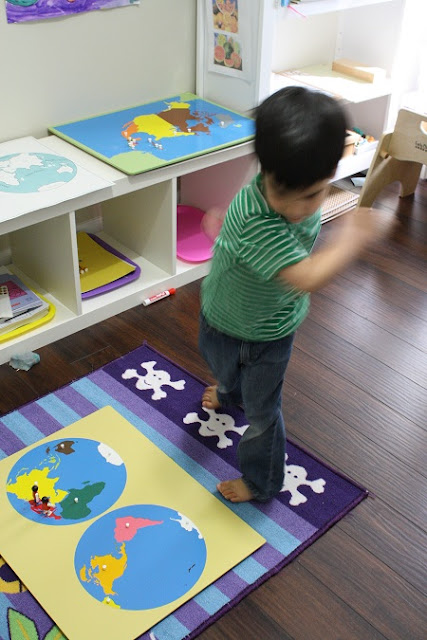 We had just finished swinging to South America (for monkeys) and the Playmobil had clip-clopped to Europe (ponies), but I asked J-jo to swing one more time for a photo.

Science:
We sat in the laundry room in the dark and shined a flashlight on different objects, taking turns describing them.  It seemed more a language activity than a science activity, but J-jo just wanted to keep doing that the rest of the day.

On another day we sorted land, air, and water animals.  I was thankful for all the plastic animals we had accumulated from our Montessori days.  We had some great discussions about animals that lived on land but near water sources (he wanted to put the bear on the water tray because they eat fish), and about how birds fly but need to spend time on land for food, nesting, etc.

The activities so far are a bit simple for my liking.  J-jo enjoys them, but I will be adding Building Foundations of Scientific Understanding: A Science Curriculum for K-2

to HOD in August.

Fine Motor Skills:
The guide alternates Do it Carefully (Rod and Staff) and A Reason for Handwriting.  It’s 1 to 2 pages per day, but J-jo did double the pages every time this week, as well as lots of cutting from the I Can Cut book I reviewed in August when J-jo was barely 3.  He’s in the sensitive period for the cutting book now, whereas before it was way too hard for him.  It is so satisfying when you find that perfect amount of challenge and see your child excited about doing an activity. I bought him the next I Can Cut cutting book as a reward for doing so well.

Since he seems to really like the workbooks, we’ve added Explode the Code (he’s working through Primer A that I found unused at Goodwill, but I bought him ETC1 and 2 for when he has finished the Primer). 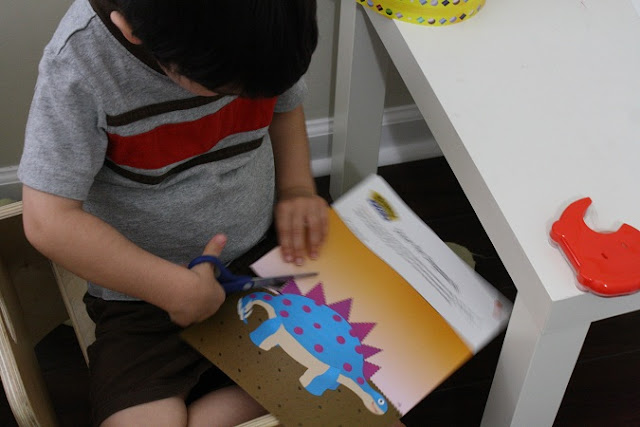 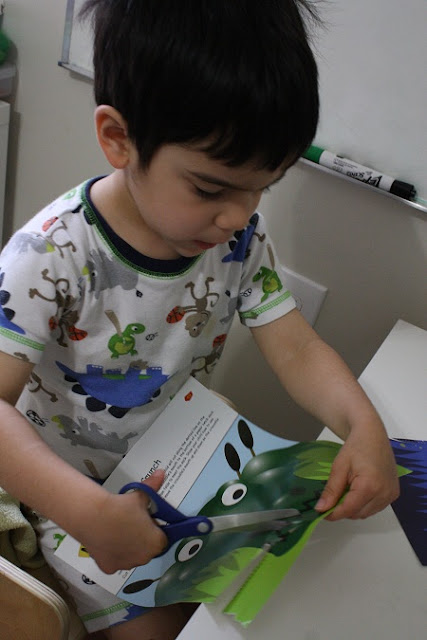 (Yes, we often school in pajamas – J-jo does, anyway.  He is usually the last to get dressed)

Art:
An abstract black, grey, and white drawing with a cross in the center to remind us that Jesus is in the center of history.  J-jo insisted on three crosses and gave his artwork to his Awana leader. 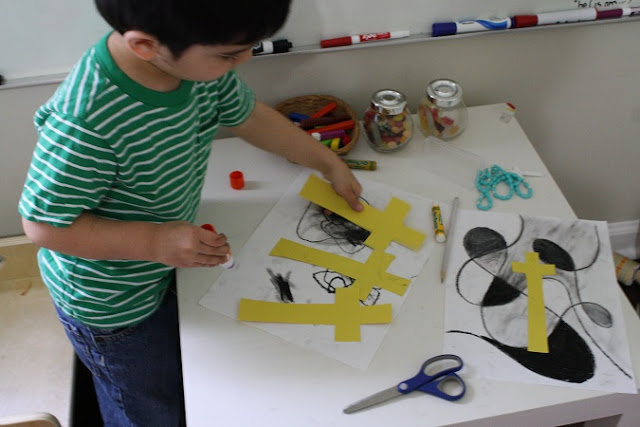 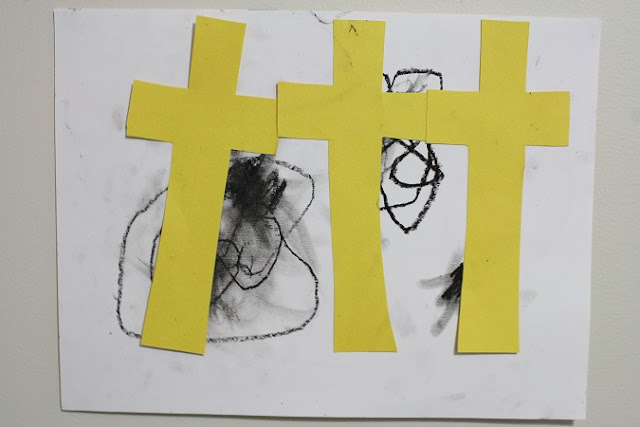 Math:
He’s completed many Miquon addition pages this week and has done a few pages in Mathematical Reasoning.  He’s asking for so much school now that he isn’t leaving me enough time to work with Bear! What a change from 6 months ago!