We tried the Crayon Rock Cycle described here.  The kids enjoyed it, but I skimped on the crayon shavings, so our results were less than desirable.

The kids have been sorting rocks into igneous, sedimentary, and metamorphic. 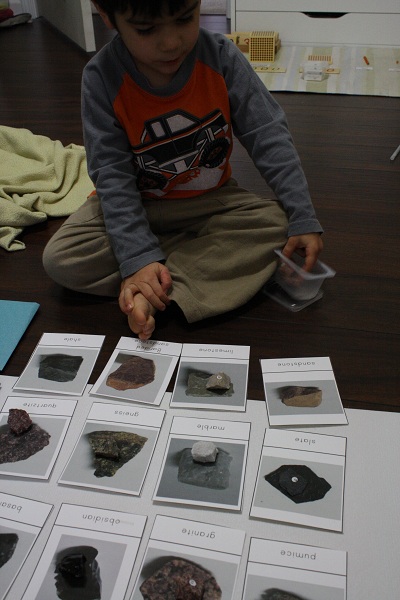 This crayon rock cycle demonstration does a nice job of explaining how each type of rock is formed.

First, weather the “rock” into sediments. 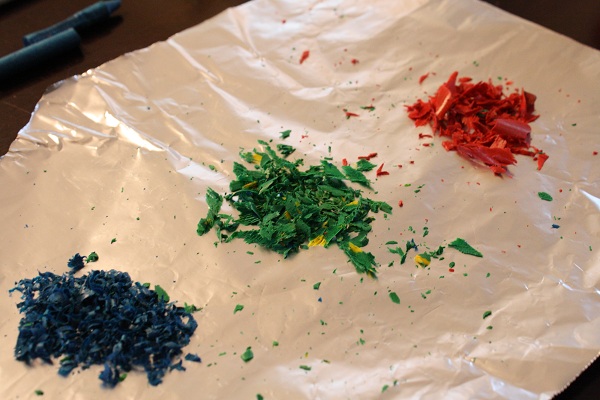 Layer the shavings one on top of the other and press down to represent the force of each additional layer on the previous layers.  Here is your sedimentary rock. 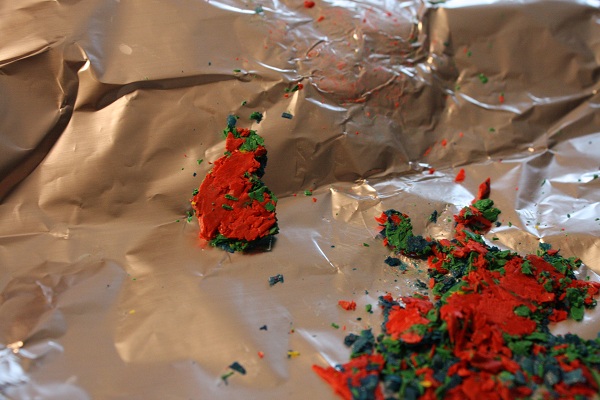 As the layers press down into the earth further, they get hotter and melt a bit – heat and pressure form a metamorphic rock.  We dipped the aluminum foil boat into a pan of boiling water until it had just begun to melt.  Then we pressed the aluminum foil on top (pressure) and got the rock below. 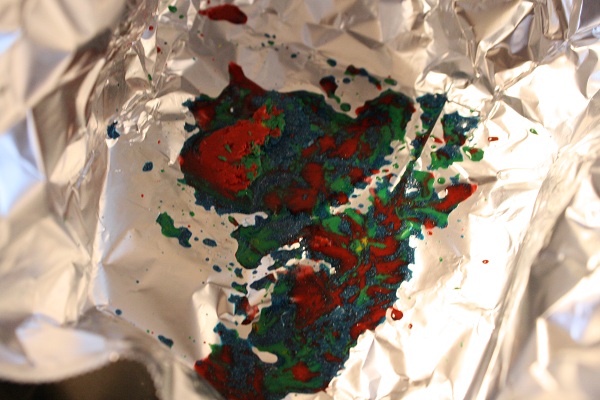 When the rock gets completely melted and then cools slowly, or quickly, you get igneous rock.  We left the sedimentary rock (in the aluminum boat) in the pan of hot water until it had all melted, swirled it around (I think that represented the movement of magma) and then stuck it in the freezer to cool it rapidly. Voila – igneous rock.  Of all the crayon rocks, it was definitely the hardest. 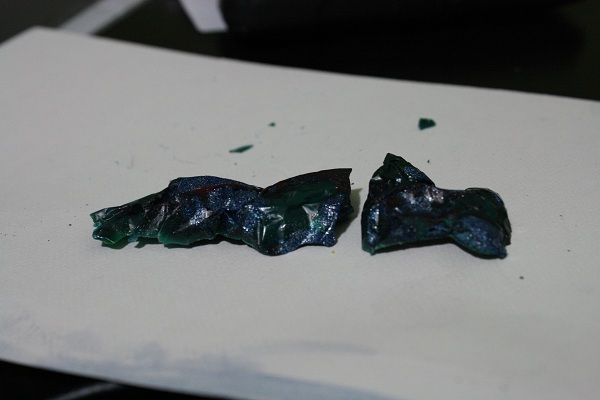