When we first received the Picasso, That’s Who! CD, (which you can get as a mp3 download

at Amazon) I was pleased that I wasn’t familiar with some of the artists on the list.  Alexander Calder was one of these artists.  Listening to the song,

I deducted that he was a sculptor.

It turns out he invented mobiles.  Although, I’m not sure if he invented them or if he just innovated them as art work.

He was known as Sandy by most people and he liked to create toys from stuff he had around his house from the time he was little.  His mom was a painter and his dad a sculptor, so art was prevalent in his life from the beginning.

We started our art appreciation study of Alexander Calder by listening to the song on “Picasso, That’s Who!” and then, googling  Alexander Calder art to see just what he had made.  This fish is pretty neat: One of his many mobiles. 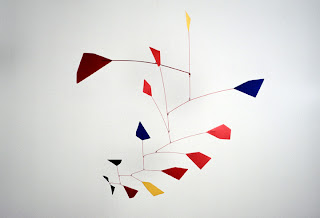 Then we looked on Youtube for his circus.  He made detailed little circus figures that actually did things and then he performed his circus for his friends. 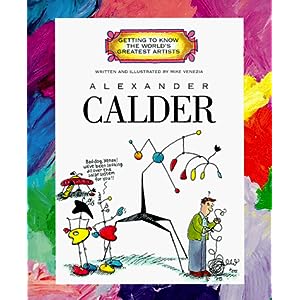 Alexander Calder (Getting to Know the World’s Greatest Artists)

I recently purchased Meet the Masters on Homeschool Buyer’s Coop and Alexander Calder is one of the artists in Track D.  We completed that lesson.  There is a slide show presentation with teaching notes and then a corresponding art project for each artist.  Bear wanted to do her own sculptures and mobiles so we didn’t bother with the project from Meet the Masters (although we did draw some inspiration from the photo of the advanced project).  We spent a lot of time on creating!

You’ll need some wire and some beads to do our project.  And the mobile uses a chopstick, but a skewer would work.  I happened to have wire left over from my scrapbooking days. 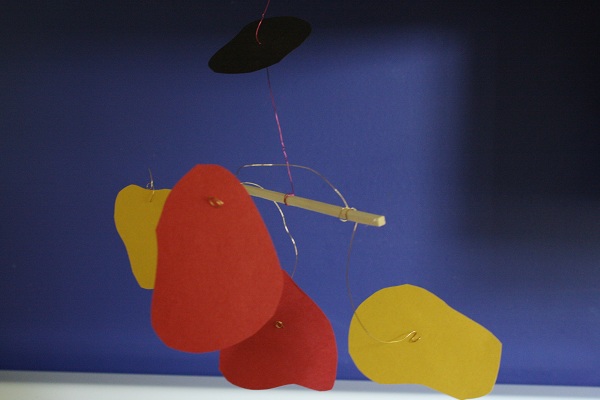 Bear working on a sculpture of paper. 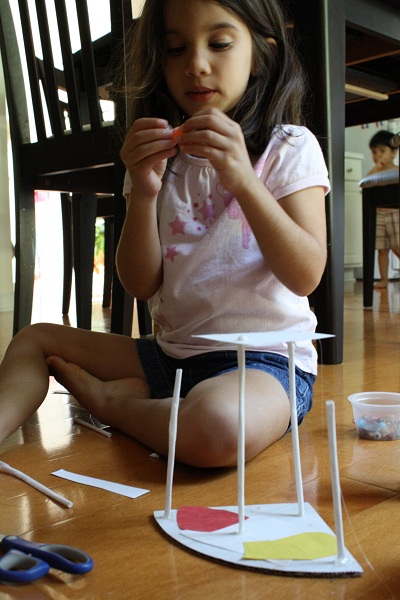 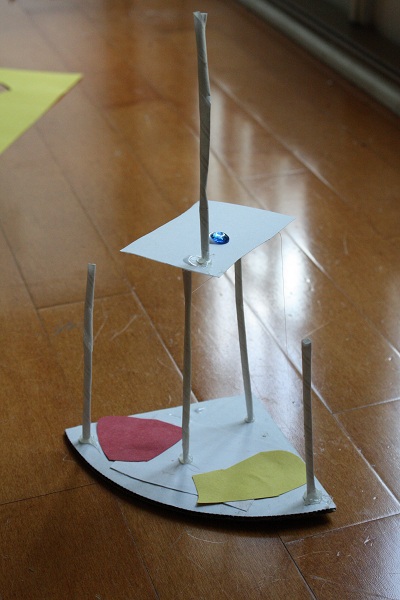 J-jo joining in on the wire sculpture making. 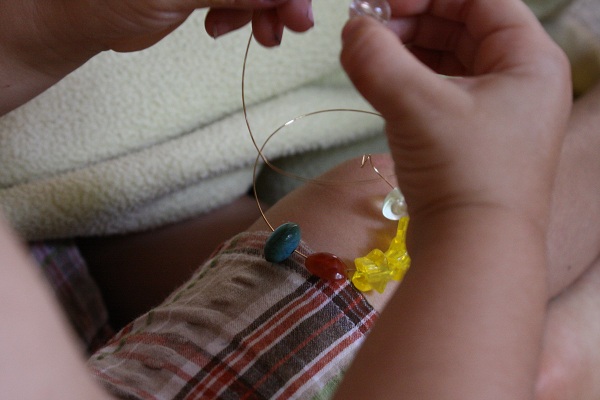 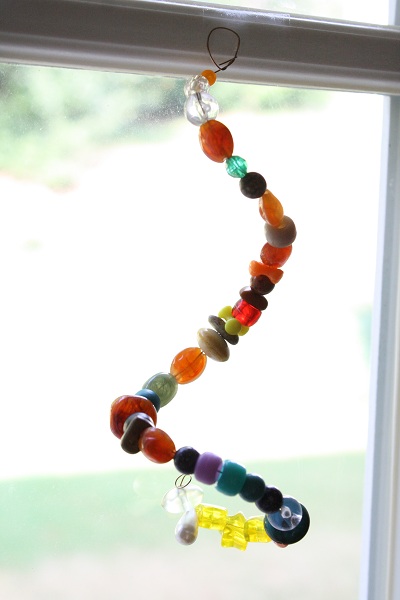 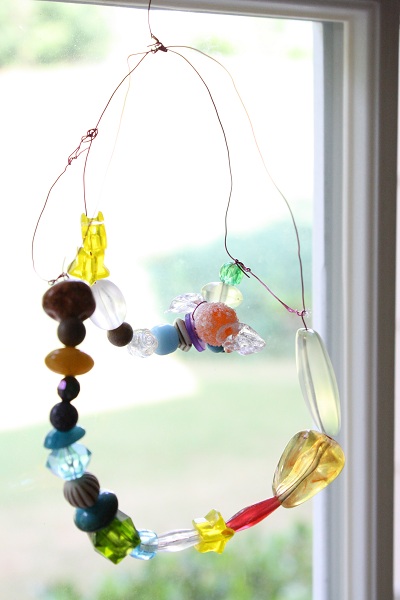 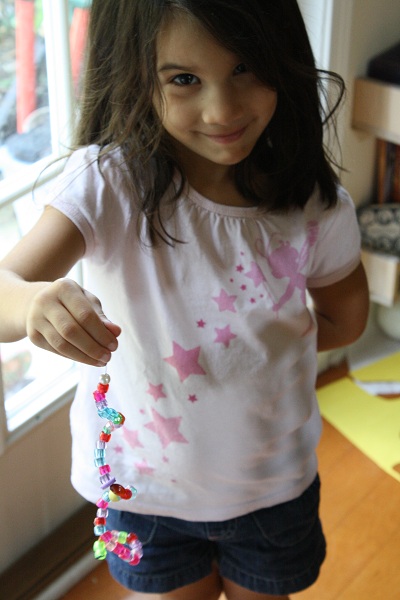 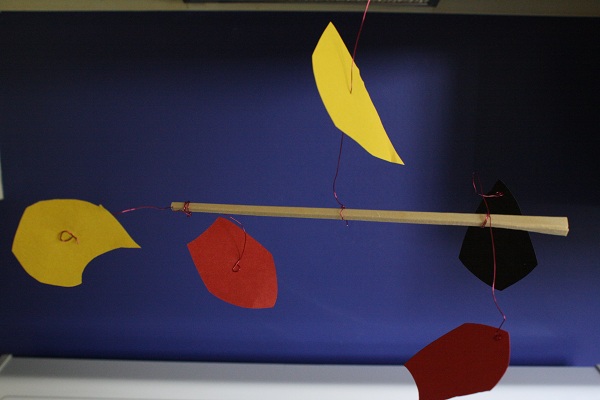 « Previous post
Workbooks and Worklists and How We Use Them
Next post »
A Day in the Life…what does J-jo do?